We are looking for undergraduate and graduate students that would like to join our research group. If you are interested send me an email.

We are looking to hire a new laboratory manager - please find the job posting here. For any questions please contact me.

The Geo-and Thermochronology Research group at the University of Calgary invites graduate students to submit proposals that require the use of geo-and thermochronology analyses to answer compelling research questions. The proposed work should be a well-designed experiment that answers a fundamental research question by using fission track dating, (U-Th)/He dating or laser ablation U-Pb dating on apatite or zircon. The proposed study can include the analysis of bedrock or detrital material using one or multiple dating techniques. Methodological research projects that aim to advance dating techniques and may include other mineral phases will also be considered.

The annual deadline for submitting the proposal is March 15. More information on the award, eligibility and proposal guide can be found here.
Winner 2022 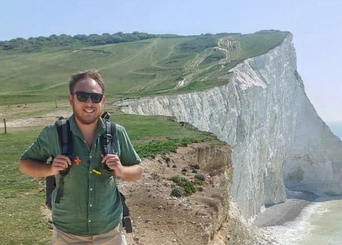 Apatite (U-Th)/He applied to the denudation history of the southern Brazilian Passive margin
The South Atlantic passive margin of Brazil developed during the breakup of western Gondwana ca. 134 Ma. This margin is marked by the presence of a 2,000 km-long escarpment system stretching from lat. 20 – 30°S. Located at the southern end of this system, the Aparados da Serra Plateau (lat. 28° – 30° S) is characterized by the presence of a continental-scale escarpment that separates a high-elevation plateau (> 1.4 km in elevation) from the low-lying coastal plains. Based on topographic and geologic observations, this area potentially comprises the last topographic expression remnants of the southwestern Gondwana rifting, recorded in the volcanic flows of the Parana-Etendeka Large Igneous Province. In this project, we will apply (U-Th)/He in apatite to determine both the origin and the geomorphologic processes operating on the Aparados da Serra Plateau.  This approach will allow us to constrain the exhumation history of the southeast Brazilian passive margin and further determine the post-breakup evolution of the area. By combining low-temperature thermochronology, field data, and topographic observations, we will be able to address both the timing (old vs. recent) and the denudation style (escarpment retreat vs. plateau degradation) of the Aparados da Serra Plateau, comparing it to geodynamic processes operating in South America and other passive margins around the world. 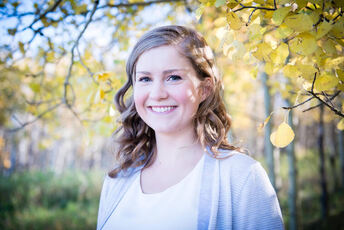 Emily Johns-Buss (Memorial University)
​
​Timing and Rates of Appalachian Basement Exhumation in Eastern Newfoundland
The Newfoundland-Iberia magma-poor rift system developed during the protracted breakup of supercontinent Pangea and Mesozoic opening of the North Atlantic Ocean. Triassic to Jurassic stretching-thinning, Early to mid-Cretaceous mantle exhumation, and mid-Cretaceous breakup-related events define the phases of Newfoundland-Iberia rift evolution, however, the predicted exhumation histories of onshore basement domains during Mesozoic rift development have yet to be tested. This project will use zircon U-Pb, fission-track (ZFT) and (U-Th)/He (ZHe) dating of Appalachian basement rocks in eastern Newfoundland to investigate the timing, rates, and spatial patterns of bedrock exhumation along an archetypal magma-poor rift margin. The multimethod dating approach will characterize cooling histories of Appalachian intrusive rocks from ~750 °C to ~250 °C to ~180 °C and estimate exhumation rates through the respective temperature windows. Precambrian to Paleozoic intrusive rocks are predicted to yield younger, Mesozoic ZFT and ZHe ages and exhumation cooling histories that coincide with phases of Triassic to Cretaceous rift evolution. We will target spatially widespread basement rocks to test exhumation patterns predicted by magma-poor rift models, including possible margin-parallel trends and increased rates of exhumation during the Triassic to Early Jurassic and Late Jurassic to mid-Cretaceous.