We are looking for curious and highly motivated students at all levels to join our research group. For more information please contact me.
Lab Manager 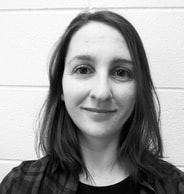 ​Julia E. Drummond (MSc)
Julia earned her BSc at the University of Ottawa and has been a former graduate student of the Geo- and Thermochronology Laboratory of the University of Calgary. In the course of her master thesis research she developed the apatite laser ablation (U-Th)/He method (Pickering et al., 2020). She has a deep passion for laboratory analyses and data sciences and enjoys working with students and other researchers in the lab.
Office: ES522
Phone: +1 (403) 210-7766
Email: julia.drummond@ucalgary.ca​
Postdoctoral Researcher

Dr. Tobias Stephan
Dr. Stephan received a DFG (German Research Foundation) research fellowship and is joining our group for 2 years, starting December 2020. His main research interest is the relationship between the deformation of rocks and the plate tectonic motions. In order to analyse these patterns from the micro to the global scale, he uses techniques from structural geology, geo-thermochronology, and provenance analysis.

Tais is joining us from Brazil, where she has conducted apatite fission track and U-Th/He dating on carbonatite rocks from a large shear zone for her Master study. Her arrival in Calgary has been delayed several times and she finally arrived in July 2021. Tais investigates the thermal evolution of the sedimentary basin in the southwestern portion of the Northwest Territory (NWT). This research is in collaboration with the Geological Survey of the NWT and the Geological Survey of Canada. 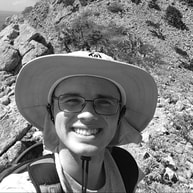 Joel just finished his undergraduate degree at Augustana College in the US and joint our research group in fall 2021. He is investigating the exhumation history of southwestern Yukon and the kinematics of several poorly exposed faults. He will use a variety of thermochronomeric methods towards this goal. This project is funded through a collaboration with the Yukon Geological Survey and the Geological Survey of Canada.

Kade has been part of our group since 2018. He has investigated the exhumation across the Columbia River Fault near Revelstoke for his undergraduate thesis. Kade will start his graduate research in summer 2020. For his master thesis he he continues his investigations around Revelstoke and other regions in the southeastern Canadian Cordillera. 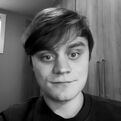 Scott is conducting a undergraduate research thesis that investigates the geomorphology and upper crustal processes of the Intermontain belt of the Southern Canadian Cordillera. Scott received an NSERC undergraduate student research award. 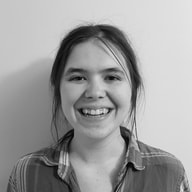 Elisha started in fall 2021 to work in our group and became our new expert technician in the mineral separation lab.

Dr. William Matthews (lab manager until 2022)
Dr. Matthews is an expert in zircon U-Pb dating and (U-Th-Sm)/He dating. His research interests are in methodological developments as well as the application of geo- and thermochronology to various geologic questions. Will has been working in many places such as Iran, Madagaska, western U.S. and particularly in the southwestern Canadian Cordillera.
Will continues to be an Adjunct professor at our department.
Email: wamatthe@ucalgary.ca , ​Google Scholar

Alyson MacDougall (B.Sc. 2022)
Alyson has conducted mineral separation and apatite U-Th/He dating on rock samples collected from the Intermontane belt in central BC.

Dr. Scott Jess (postdoc 2019–2021)
Dr. Jess has experience in low-temperature thermochornology and thermal modeling, which he applies to a variety of tectonic settings. In Calgary he has been studying to determine the longevity of hot springs in the Canadian Cordillera (Jess et al., 2021) and the landscape evolution of the Appalachian Mountains using detrital apatite Laser Ablation (U-Th)/He analysis.
Scott started in Nov 2021 a new postdoc position at the University of Toronto working in the group of Prof. Lindsay Schoenbohm.

Andreas Aebersold (B.Sc. 2021)
Andreas investigated the exhumation history of the Death Valley shear zone. He used apatite and zircon (U-Th)/He dating and thermal history modeling to investigate spatial trends in the thermal history. This project was conducted in collaboration with Dr. Ghislain Trullenque and colleague's from Uni LaSalle.

Kelley Fraser (M.Sc. 2020)
Kelley joined the group in summer 2018. In her research project, Kelley aimed to quantify the Cenozoic exhumation along and across the central Rocky Mountain Trench. She used apatite fission track and U-Th/He dating on bedrock samples she collected in the Valemount and McBride area (British Columbia) in the southern Canadian Cordillera. Kelleys work is published in Fraser et al., 2021 (Tectonics).

Ryan McKay (M.Sc. 2020)
Ryan  joined the group in summer 2018 where we went to the Richardson Mountains in the NWT for sampling. Ryan investigated the exhumation history at the northeastern margin of the Canadian Cordillera. This project was in collaboration with Thomas Hadlari from the Geological Survey of Canada. The manuscript highlighting Ryan's research has been published in McKay et al., 2021 (Tectonics). Ryan is now working for Coeur Mining at the Silvertip Mine, a Ag-Pb-Zn mine in northernmost BC. The Canadian Tectonics Group awarded Ryan with the Jack Henderson Award for. the best MSc thesis of 2020.

Jenny Arkle (Ph.D. 2019)
Jenny investigated the tectonic-climate-surface process interactions of Trinidad and Tobago. She used geomorphic analyses (GIS) and traditional field mapping in tandem with a variety of dating tools, such as low-temperature thermochronology, cosmogenic, and optically stimulated luminescence dating.  Jenny is now a faculty member at Augustana College and the Program Manager for the Upper Mississippi Center. Parts of her thesis have been published in Arkle et al., 2017 Geomorphology and Arkle et al., 2021 Tectonics

Ryan Grieco (B.Sc. 2019)
Ryan investigated the exhumation history of the Rocky Mountain Trench in the Valemount, B.C. area.. Ryan  used apatite U-Th/He analysis  and temperature-time path modeling to quantify timing, rates and amounts of exhumation across the main structure of the trench. Ryan presented his results at the GeoREX conference in April 2019, where he received the best poster award. Ryan is now employed as a Geophysicist at Canadian Natural Resources Limited in Calgary. His work was published in Fraser et al., 2021

Nathaniel Bootes (M.Sc. 2018)
Nate investigated the Late Miocene to Pleistocene borehole material from the Yakutat shelf in Southeast Alaska. The primary goal of the project was to investigate changes in exhumation rates in the adjacent St. Elias Mountains throughout the past using detrital zircon fission track and U-Pb dating. This project was funded by the ACS – PRF and conducted in collaboration with Dr. Richard Lease (USGS). Nate's thesis was published in Bootes et al., 2019 Tectonics. Nate followed his girlfriend and moved to Amsterdam in the Netherlands, where he works for Toyota.

Sedighe Khodaparast (PhD 2019)
Sedighe is a visiting PhD student from the Tarbiat Modares University in Tehran (Iran). In her thesis research she is investigating the spatial and temporal evolution of the 160 km long Kushk-e-Nosrat strike-slip fault located in central Iran. The structural dataset has been published in Khodaparast et al., 2020 Journal of Geodynamic

Anna Schartman (B.Sc. 2018)
Anna's research project centers on the quantification of the timing and spatial pattern of rock exhumation at the northern end of the Fairweather Fault located in  the Yakutat Bay area  in Southeast Alaska. Her results are now published in Schartman et al., 2019 (Lithosphere). Anna is now a PhD student at the Ocean Science Department at UC Santa Cruz working in the group of Dr. Polissar to study paleovegetation and paleo climate changes since the Miocene.

Catherine Dunn (M.Sc. 2016)
Katie has been working on glacio-marine sediment samples obtained from 5 boreholes that have been drilled in 2013 by the IODP Expedition 341. She used detrital zircon fission track and U-Pb dating (double-dating) to investigate the sediment provenance and routing from the St. Elias Mountain to the shelf and the deep sea, as well as the exhumation history of the source region. Catherine published her research in Dunn et al., 2017, JGR-ES.
​Katie is now the separation lab manager at the Department of Geological Sciences at Stanford University.

Adam Piestrzeniewicz (M.Sc. 2015)
Adam investigated the temporal and spatial pattern of rock exhumation in the St. Elias syntaxis and north of it, located in the Kluane National Park (Yukon, Canada). He conducted apatite fission-track analysis and combined the data with zircon fission-track, and apatite and zircon U-Th/He data from the same sample.
Adam's research has been published in Enkelmann, E., Piestrzeniewicz, A., Falkowski, S. et al., 2017 (EPSL).
Adam moved back to southern California and is a staff geologist at Haley & Aldrich (Environmental and Geotechnical Consulting)
David Grabowski (M.Sc. 2012)
David investigated cobbles from the Seward-Malaspina Glacier system to identify lithologies that have been exhumed extremely rapidly underneath the ice that covers the St. Elias Mountains. He combined field mapping, petrology on thin section and zircon U-Th/He dating to characterize varying exhumation sources. David published his thesis research in Grabowski et al., 2013 (JGR-ES)
Since graduation David is a full time staff geologist at Walter & Partner GbR in Tauberbischofsheim (Germany).
Gabriel Merli (Diploma 2014)
Gabriel investigated the cooling record of detrital apatite grains that were deposited in the Eocene Chumstick Basin in Washington State (USA). Gabriel conducted apatite U-Th/He dating and thermal history modeling to reveal the varying thermal history of the basin and timing of basin inversion. His result together with apatite fission track analysis are published in Enkelmann, Ehlers, Merli, Methner 2015 (Tectonics).
Gabriel is now employed as a engineering and field geologist at Henke and Partner GmbH.